Getting Started with Manual Testing

The free training evening commenced with a quick introduction on why UI test automation is important and the advantages gained from their implementation (e.g. increased product quality / greater reliability / cost savings / etc). The participants then completed a few manual tests around website search functionality using a website of their choice. 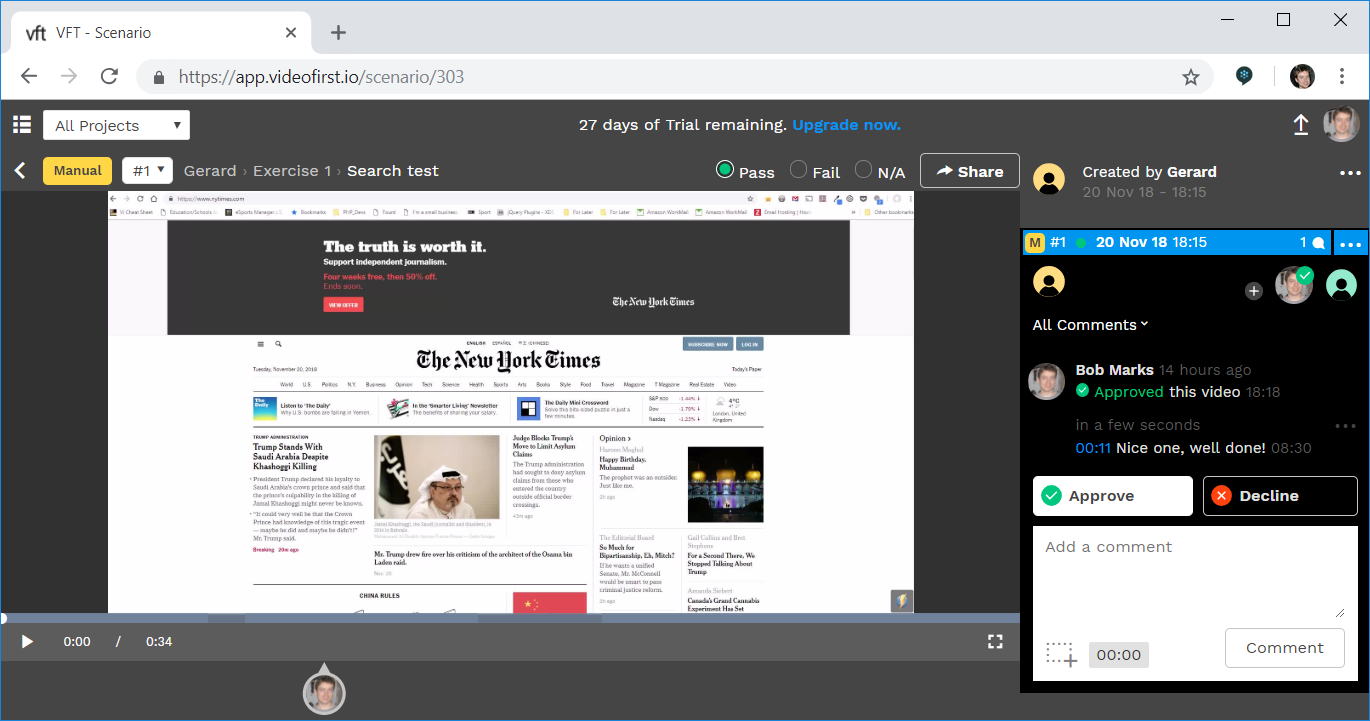 These tests were then screen captured and uploaded to the Video First Platform where they could be played and reviewed.

After that we started looking at various types of CSS selectors and how these are useful for selecting elements of a web page. CSS selectors are very useful for selecting HTML tags as part of an automated UI tests e.g. insert text in this search input, select and click this search button. This was then followed by some pizza / drinks (thanks Barclays) and then it was back to the main part of the evening – creating the first automated test!

The technologies used for automation included:

Automated tests were created for Google and also against a random website. The last automated test was for the IMDB (movie database website) and was as follows (declared using Given / When / Then syntax). 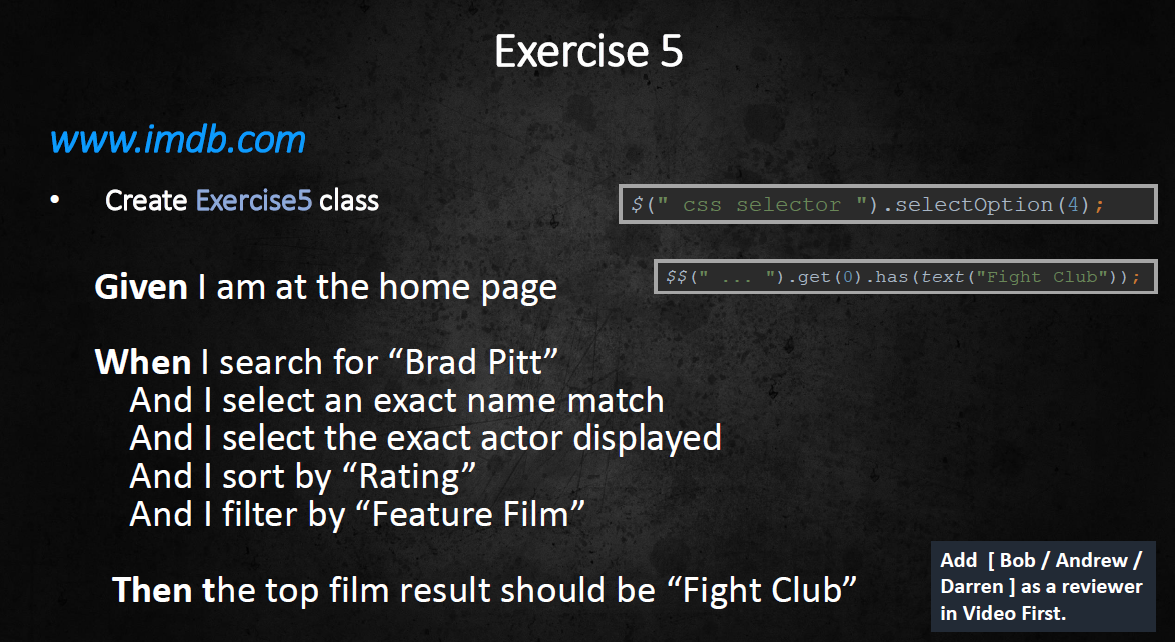 Like the title of the night, it was indeed a crash course in UI automation testing and everyone learned something new. Another training night is planned which will focus on more advanced topics including Docker test containers and layered testing architecture – watch this space!

Invite your team, stakeholders and customers to review and approve front-end testing visually with the VideoFirst collaborative testing platform.